The prospect of undergoing a colonoscopy can be intimidating, especially if you’ve never had the procedure. The following information will help you to understand the experience and ease any anxiety leading up to the examination.

What is a colonoscopy?

Colonoscopy is a visual inspection of the large intestine or colon, the lowest three feet of your bowel. The examination is carried out using a long, flexible tube about one-half inch in diameter. The tube (or colonoscope) has at its tip a light and a video camera which transmits an image of the interior to a monitor. The colonoscope is passed upwards from the anus to the top of the colon and often into the lowest part of the small intestine. The image generated through a colonoscope is magnified so that abnormalities as small as one millimeter can be identified. To facilitate ideal visualization of the entire lining of the intestine, the bowel is distended with air instilled through the colonoscope.

Abnormalities can be sampled using a biopsy instrument through a channel in the colonoscope. In addition, polyps, many of which are precancerous, can be removed from the lining of the bowel using a wire loop that is passed over the head of the polyp, which is then removed by electrocautery (a procedure that uses heat from an electric current to destroy abnormal tissue). Any tissue removed is retrieved and sent to the laboratory for microscopic or bacteriologic analysis.

Who should get a colonoscopy?

There are two broad categories of indications for colonoscopy. The first is the evaluation of symptoms such as rectal bleeding, a change in bowel habit, or blood tests suggesting bleeding from the intestine. Potential findings in such cases include inflammation, tumours or abnormal blood vessels.

The second indication is colorectal cancer screening, which is the examination of asymptomatic persons for colon cancer or precancerous lesions called polyps. Colon cancer develops within pre-existing polyps and the clearance of polyps from the colon very much reduces the risk for future cancer. Having a colonoscopy, therefore, has the potential to prevent as well as to identify cancer, usually at an early and curable stage. There is general agreement that the frequency of colon cancer and the high cure rate of cancers identified on routine colonoscopy justify screening examinations.

How do I prepare for a colonoscopy?

Preparation for a colonoscopy involves cleansing of the bowel with a carefully defined laxative preparation. Since the most important determinant of a successful colonoscopy is the effectiveness of the preparation, ensuring that you closely adhere to the instructions you receive is crucial.

A typical “prep” includes a clear liquid diet for 24 to 48 hours prior to the examination and the administration of laxatives. These usually include some tablets and a substantial volume, usually 2 to 4 litres, of a salty solution. Mixing the solution with ginger ale or a lemony soda can render the solution more palatable.  Liquids that are red or blue should be avoided, as the resulting discolouration of the stool may be misinterpreted as blood. Sometime after the initiation of this process, you will develop mild bowel cramping and increasingly liquid stools. Eventually, with a successful prep, the stools will consist of virtually clear liquid.

If your procedure is scheduled for the morning, the preparation is carried out the preceding day and evening. For afternoon examinations, a portion of the prep can be administered in the evening and the remainder in the morning. In all instances, the prep should be fully consumed no less than 4 hours prior to the procedure.

It is important to inquire about which of your medications should be withheld before the procedure. In particular, in most instances, blood thinners need be withdrawn to limit the likelihood of bleeding when samples are taken. Medications which lower blood pressure including water pills might be withheld to avoid a dangerous fall in blood pressure resulting from fluid losses during preparation. A careful review of all your medications should be undertaken to minimize potential ill effects.

It is impossible to over-emphasize the importance of the prep. Be sure to understand the instructions and clarify any uncertainties with your doctor.

You will be asked to have someone available to accompany you home after the examination. You are forbidden to drive for 24 hours and cannot use public transportation.

What happens on the day of a colonoscopy?

Your colonoscopy may be carried out in a hospital or at an out-of-hospital clinic. The quality and safety of the procedure is the same regardless of the setting. Once you have registered, you will change into a hospital gown and an intravenous needle will be inserted. In the procedure room, you will be asked to lie on your left side. Supplemental oxygen will be administered through nasal prongs and you will be attached to equipment to monitor your heart rate, blood pressure and blood oxygen level. Once you are comfortable, your physician or an anaesthesiologist-assistant will administer sedative medication through the intravenous line. It is likely that you will fall asleep and have no recollection of the examination. While you are asleep, the colonoscopist will insert the colonoscope and proceed with the examination. An average examination takes 20 to 30 minutes. When it is completed, you will be transferred to a recovery area, where you will regain consciousness and be observed for up to an hour prior to discharge. During this period, you may have some mild cramping and will expel the residual gas from the procedure. Once you are sufficiently alert, you will be discharged in the care of your accompanying person.

Prior to discharge, your colonoscopist will review with you the findings at the examination and may provide you with a brief written summary. A full note will be sent later to the referring physician. This should include the results of any laboratory examination of samples taken at the procedure as well as further recommendations for follow up.

What are the risks of colonoscopy?

Colonoscopy is generally considered a safe procedure, but it is invasive and has the potential for complications. Substantial sedation is administered during colonoscopy. In spite of careful monitoring, there is a tiny risk that you will be over-sedated requiring assisted breathing or even short-term mechanical ventilation. As well, as with any medication, allergic reactions to the sedatives can occur.

Complications directly related to colonoscopy include bleeding and perforation. Bleeding can occur following the removal of tissue by biopsy or by excision of polyps. Such bleeding can be trivial or, in rare cases, substantial. It usually occurs during or shortly after the procedure, but occasionally can be delayed for up to a week. The likelihood of bleeding following polypectomy, which occurs in less than 1% of procedures, is closely related to the size of polyps removed. Your discharge instructions will include the advice to go to a hospital if substantial bleeding is noted after discharge. When bleeding does occur, it is often self-limited even when precipitous. Where bleeding does not stop spontaneously, it may be necessary to re-insert the colonoscope, identify the site of bleeding and cauterize the bleeding vessel. Very rarely is surgery required to stop post-colonoscopy bleeding.

Perforation resulting from colonoscopy is uncommon, occurring in less than one in a thousand examinations. It represents a hole in the intestine with the potential for leakage of bowel contents into the abdomen and subsequent infection. Perforation can result from mechanical puncturing of the bowel wall by the colonoscope or its accessories, by overdistension of the bowel wall by insufflated air or by burning through the wall with cautery used to remove polyps. Perforation is manifest by pain, usually during or shortly after the procedure, but occasionally delayed for several days if the hole is very small. Unattended perforation will result in fever indicating intra-abdominal infection.

If perforation is suspected, it can be confirmed with simple x-rays of the abdomen or, if uncertain, by CT scanning. These tests generally require a hospital setting and the support of a surgeon. Management of confirmed perforation includes the administration of antibiotics and surgical exploration of the abdomen to repair the disruption of the bowel wall. Death resulting from colonoscopy or its complications is extremely rare.

You will be discharged in the care of an accompanying adult. You should not drive a car or operate dangerous machinery for 24 hours after the examination. The use of public transportation is not advisable. Following the procedure, you can resume your usual diet, but may prefer to begin with relatively light foods. Mild cramping and flatulence are common after colonoscopy, but severe and persistent pain or fever raise the suspicion of perforation and should prompt a visit to the nearest emergency department. Similarly, while minor, self-limited bleeding is not worrisome, substantial or persistent bleeding should be assessed at a hospital.

Most medications can be resumed shortly after the procedure. If uncertain, ask your physician.

Make sure you understand the findings of the examination and the recommendations for follow-up. Since you may still be under the influence of sedatives, it is preferable for your accompanying person to be present when your colonoscopist visits after the procedure and that you receive a written summary of the results. 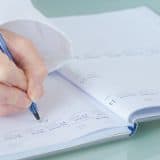 Proper Bowel Prep Can Save Your Life 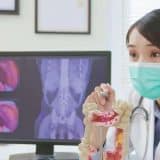 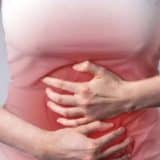 Protecting Yourself From Colon Cancer 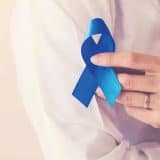 Signs and Symptoms of Colorectal Cancer: What to Look For 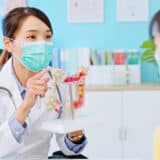