Learn about this long-term immune condition and how to manage it.

What is Eosinophilic Esophagitis (EOE)?

EOE is a chronic condition that affects the function of the esophagus, the tube that connects the mouth to the stomach. Inflammatory cells or white cells, also called eosinophils, are attracted into the lining of the esophagus, causing inflammation and swelling.

Discomfort caused by EOE can significantly impact the quality of life.

Having regular difficulty in swallowing can be associated with a rare & chronic condition called eosinophilic esophagitis or EoE. In this video by Canadian Health and Family we hear from Dr. David Armstrong to learn more about this little-known condition which is rising in prevalence.

To learn more about pediatric eosinophilic esophagitis, watch our CDHF Talks on the subject. In this series of videos, gastroenterologist Dr. Vishal Avinashi goes over what Pediatric Eosinophilic Esophagitis (Pediatric EoE) is, the signs and symptoms, diagnosis, and the treatment options. He will also be answering questions specifically about managing EOE in children.

Treatments can lead to a significant improvement in quality of life and reduce the likelihood of further problems. One treatment option is the dietary elimination of milk, wheat, nuts, soy, seafood and eggs. The main group of treatments for EoE are steroids including pills and inhalers.

JORVEZA is the first and only approved tablet for EoE treatment. It is taken twice a day to improve symptoms of EoE.

Some food products including wheat, milk, nuts, soy, and seafood may trigger EoE. To learn what may be a trigger for you, dietary elimination is recommended.

Does Eosinophilic Esophagitis go away?

While there is no definite cure for EoE, taking JORVEZA can significantly improve patient symptoms and quality of life. 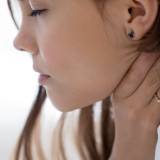