If you missed it, on August 21st-23rd,  Jennifer (or @astreigha on Twitch), our gaming for gastroparesis charity stream organizer and gastroparesis warrior, alongside a group of amazing streamers took to Twitch, playing their favourite games, raising a total of $2615 for Gastroparesis awareness and research initiatives!

If you’ve never heard of Twitch, it is an online platform where gamer’s stream video games they are playing online. Viewers are able to log on and watch them, chat and even interact with the gamer as they play. One of the neat things about the platform is the ability to use it to do good in the world through charity streaming.

This year, we were lucky enough to team up with one of the many gastroparesis fighters @Astreigha and a number of other streamers to do one of our own to raise money for gastroparesis research and awareness initiatives.

Starting Friday August 21st and ending on Sunday August 23rd, a group of eleven streamers (listed below), played various games on their channels, and set their own incentives to engage the viewers in the fun!  Big thank you goes out to Astreigha for setting this schedule up, and for all of the amazing streamers that were involved. Be sure to check them out and give them a follow:

First to stream for the gaming for gastroparesis charity stream was @Vaynum, Astreigha’s husband and partner.  Astreigha set up tons of incentives to get viewers motivated to donate. One of them was that if a certain amount was donated, Vaynum would have to eat a pickle juice popsicle … yuck! Vaynum was a great sport however, and stepped up to the plate for this great cause! Check out their co-op block here, and Vaynum’s block here.

Before heading into Sunday, the group had raised close to $1000 BUT hitting the $1000 mark meant our CEO Jeff got pied in the face…  and we ended up getting hitting our goal!

Check it out here:

If you didn’t know the Gastroparesis Pie Face challenge was started back in 2016, by Andrew Belliveau, who was suffering from three different medical conditions over a period of five years, with Gastroparesis being one of them. The challenge is all about smashing a pie into your face to raise awareness for this debilitating disease. So, it was very fitting that our CEO took the challenge after hitting that $1000 mark.

The Special Guest of the Gaming for Gastroparesis Charity Stream

During Astreigha’s stream on Sunday, for one hour we had a special guest appearance from wrestler Sami Callihan, who was so fun and charismatic to have on stream! Check out the full video here. During this hour, Rumble Gaming matched donations up to $300 and boy did we get there fast!  After Sami’s block, we were at a total of $2215!

CDHF has recently partnered with Rumble Gaming, an esports and influencer talent agency and consulting firm who has truly taken CDHF under their wing, helping us understand the amazing world of esports and video gaming! Thank you, Rumble Gaming for your time, securing Sami, and those matching donation of $300.00. We really appreciate your support.

Following Sami and Astreigha, Astreigha concluded the gaming for gastroparesis charity marathon with a three hour block – see a portion of it  here.

After matching donations were made, a total of $2615 has been raised this year for Gastroparesis. CDHF is blown away by the generosity and support for this Gaming for Gastroparesis Charity Marathon! We are officially apart of the gaming community and we are here to stay! We will not stop generating awareness and working towards finding a cure for this disease.

Want to get involved in the Gaming for Gastroparesis Charity Stream?

Gastroparesis is a debilitating digestive disorder. It is extremely difficult to treat and has very few treatment options. There is no cure.

Gastroparesis is also often referred to as delayed gastric emptying. The term “gastric” refers to the stomach. Usually, the stomach voids its contents in a disciplined fashion into the small intestine. In gastroparesis, the muscle contractions that allow the food to move along the digestive tract do not function normally and the stomach does not empty quickly enough. Gastroparesis is defined by long-term symptoms combined with postponed stomach emptying in the absence of any observable obstruction or blockage. The delayed stomach emptying is confirmed by a test.

The cause of gastroparesis is often unclear. However, it has been observed that in many cases, gastroparesis is caused by damage to the vagus nerve (an important link from the gut to the brain.)

Factors that cause vagus nerve damage can be attributed to diseases, such as diabetes, or by surgery to the stomach or small intestine.

Think you may have gastroparesis? Check out signs and symptoms of Gastroparesis here. 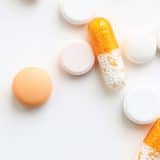 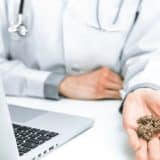 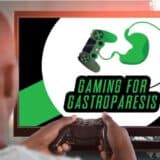 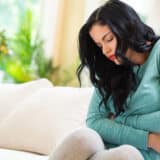 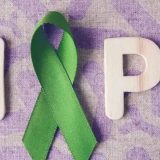 Tips for Living with Gastroparesis 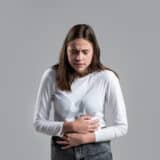 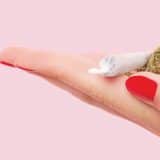 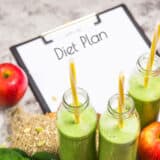